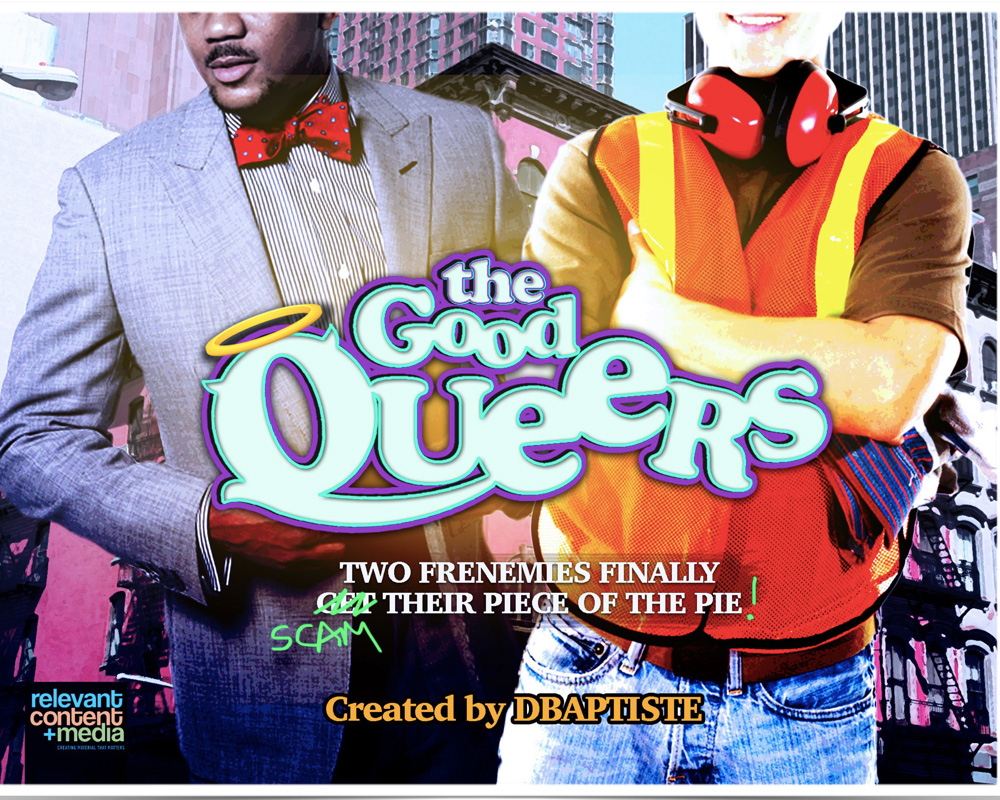 T HE GOOD QUEERS, is a 30 minute buddy comedy which finds two high school rivals, one a newly divorced, metrosexual, skirt chaser, the other, a one foot in the “closet” gay, construction working, momma’s boy, who team up to scam their way into the New York Housing lottery’s luxury apartments as domestic partners. 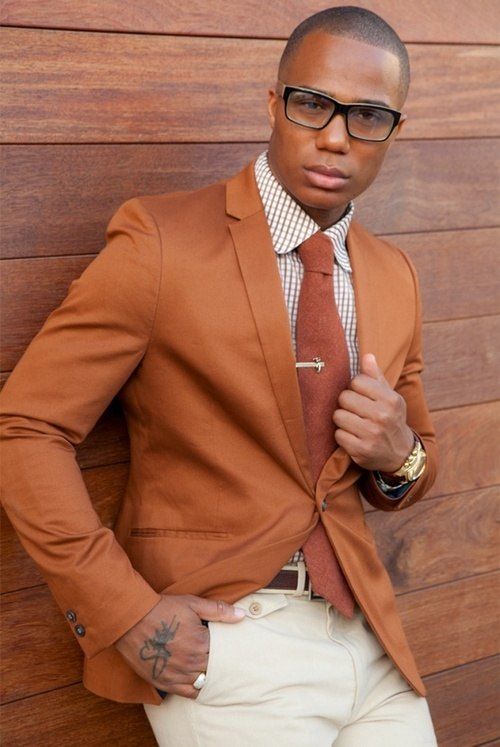 THE GOOD QUEERS, begins with the lives of both main characters, GERALD “BLUE” GIVENS (newly divorced, Dapper Dandie, Skirt chaser) and ACHILLES “A.C.” CONTOS (Momma’s boy, mostly open gay) both being asked to move out of their residences. Blue by force, A.C. by his mother’s new found need to get her “freak” all the way on.

Both men are given flyers and applications to the New York Housing Commission (NYHC) lottery, of which, random people are awarded reasonable rates to luxury apartments in Manhattan.

At the NYHC, they both meet a young foster kid named, DEVANTE DALVIN KASEY JOESPH (10, street smart computer geek) who was just busted for attempting to break into executives’ offices. Now placed at the receptionist’ s desk, Devante fingers through both the men’s files. Unbeknownst to them, the quick witted child decides to hack into the computer system to make the men’s applications more “lotto worthy”.

As the guys wait to be interviewed they recognize they are old high school chorale rivals, Blue from the Union High “Acca-Pelicans”, and A.C., the Wilson Prep “Chord On Blue Notes”. They banter about the good ole days until they are called for a pre-interview by MS. LEANDER SUGARBOTTOM (high strung, executive assistant) who warns them of the penalties and jail time for falsifying their applications. The guys are shaken, but determined to get their comeuppance.

Blue quickly exits the interview disheveled by the rapid questions and stuttered responses. He is out of the running and warns A.C. not to look into the “wandering eye” of the interviewer, Mr. Lewis.

A.C. glides through the interview, except his file says he has a domestic partner, which is non-existent in real life. Enter Blue, after quickly convincing him into bending a “little white lie” a wee bit further, the two can finally get their “deluxe apartment in the sky”, they fool Mr. Lewis, but Ms. Sugarbottom isn’t buying the love connection. She makes them kiss to prove their love and devotion. Still not buying the duo, they reluctantly kiss again…with passion, but alas, all the qualifying apartments are taken, except one in her building in Chelsea, for a family of three, which they do not qualify for…or do they?

Enter Devante, the street smart, nerd from earlier, who set this plan in motion from the start. He is willing to play along with A.C. and Blue’s master plan on two conditions: 1. They become his legal guardians and 2. They give him a small cut of his foster care stipend. After a reluctant shake, the trio agrees and makes way to their fancy, doorman laced deluxe Manhattan apartment.

Things seem all but sewn up as Ms. Sugarbottom shows them the three bedroom two floor modern palace. The three run, leap and dance throughout the rooms. Devante even makes carpet “Snow Angles”.

The last people they have to rouse are the tenants at the quarterly Meet n’ Greet potluck. The boys come on their best behavior and full of charm as they meet, MRS. KOCHENBOCH, the senile matriarch of the building, MR. GREENBERG, war veteran, grouch of the building, DUBB-YA, the retired tech executive, and their hippy, lesbian couple soon to be arch nemeses LEKA and GRAE, who know the boys tricked their way into the building, stealing it away from their in-laws.

Living here in this building will be interesting, entertaining and down right hilarious. As A.C. and Blue attempt to form a multi-dysfunctional family unit, survive living with opposite versions of themselves, all while dodging jail by keeping their domestic partner rouse alive. The Good Queers will be a rich sitcom for the ages.

As A.C. And Blue quickly discover their decor palates are at the opposite end of the spectrum, Blue and Devante go on a search to hunt down his diabetic grandmother who is too senile to care for him, but they find out Big Momma got a little scam going of her own.

A.C. tries to escape his martial past, but his wife needs him to break the news of the “unified separation” to their dance class family, not wanting to be sucked back into the “Pray The Gay Away” Boot Camp, A.C. asks Blue to run some interference.

Blue, forced to stop smoking cigars on his patio, decides to run for HOA president against MS. SUGARBOTTOM, but has lots to explain once his homemade sexy tape is discovered by his nemesis GRAE and LEKA.

Blue finally discovers a blind spot in the buildings security system allowing him to have some prohibited female companionship, but before he can get his groove on, a Snow day keeps Devante in and his honeys out.

EP6 – WHEN THE HOMIES CALL

Devante is suspended from school for the second time for hacking the schools lunch program and having Taco Bell delivered, which he does to satisfy his sister Tiffany’s junk food desire.  We discover Tiffany is really his imaginary cousin.

Blue bumps into his old high school sweetheart who is assigned as Devante’s therapist, thought still in love with Blue she struggles to navigate the gay/straight, white/grayish lie.

A.C. draws the short straw and has to accompany Devante to his robotics team regional final, little by little A.C. becomes obsessed with creating his own Death Monster Machine.

EP10 – THREE LESBIANS AND A BABY

Stuck out of town dealing with the final deposition for Devante’s adoption, Blue and A.C. leave the genius with Ms. Sugarbottom, who delegates to Frenchy who delegates to GRAE and LEKA, who are in the middle of filming their podcast TWO BURNING BRAS.

A very heated tug of war ensues when music styles clash between A.C. and Blue over who will perform with Devante in his schools annual FATHER-SON lip sync battle contest.

EP 13 – SILLY SUPERSTITION IS THE WAY

A.C. and the CHORD ON BLUE NOTES prepare for their reunion concert gig at Slappy’s Bowl-A-Rama, but when the lead tenor gets a sore throat  A.C. blames Blue for getting them out of their rituals.

EP14 – THE SPOOK WHO SAT AT THE CLOSET DOOR

Momma Contos needs A.C. to help Junior get over his fear of flying so they can go on a Hawaiian vacation, but when Junior threatens to exposes A.C. to his brothers, he has to enlist Blue to play the gay so he can play the straight.

Inspired by A.C., getting his band back together Blue decides to get the Aca-Pelicans (NEW EDITION) back for a reunion set at the Union High class reunion. Tempers fly when the truth of Blue’s dismal from the group comes to light.